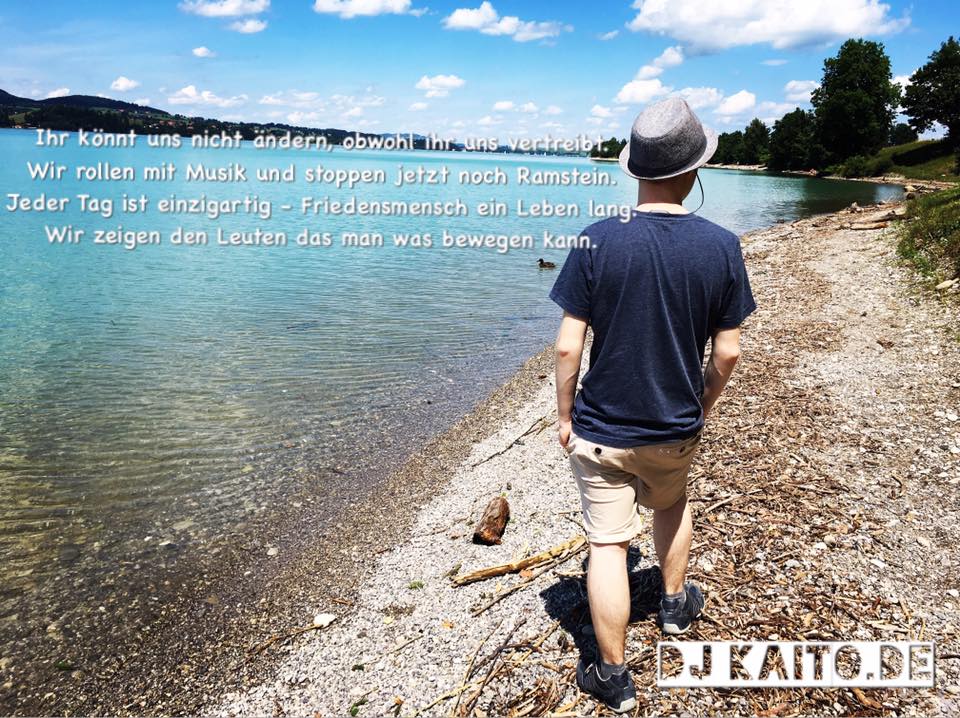 Simon Bohnsack also better known under the pseudonym Destroyed Jeane “DJ” Kaito was born on 2 August 1997 in Hanover, Germany.
Kaito lived out his creative musical side in childhood. He played mandolin, harmonica and piano at the age of 12.
His love of music prompted him to use the YouTube platform for himself in 2011 and try it out for himself. For this reason he took over the channel from a friend, today known as Vier Sterne Deluxe Records. At the end of 2011 he also founded the music project “Vier Sterne Deluxe” with his colleague and friend “DJ Sheldon”, which has been released to this day with alternating cast, two albums and two EPs.

Besides countless cover songs and mixes and the mixtape “DJ Kaito Nr.1”, 2012 saw the release of “6. October (Day of the Nations)”, an independent – and solo produced – single for the first time.
One year later his 2012 released Mix of “Revenge” became a surprising viral hit with ten-thousand of views in a short time. Due to the viral success of the music video, further mixtapes and EPs were released. In 2013 Simon released the concept mixtape “Das Vermächniss der RST” which consists of syllables without meaning. Due to the interest of the fans in this kind of music, which from now on is known as RST, songs of this kind by Simon have been released until today. In 2020 the German YouTuber Tanzverbot made that style mainstream.

In 2015 the RST music video “Don’t wanna be a Quader” from the Album “Best of DJK” became a viral hit.
After the success of the music video and the album, Simon set out on a dream come true: An own tour.
In May 2016 it was time after months of work. Hamburg, Braunschweig, Düsseldorf and Hanover were the stops on the “Mahnwachen Tour 2016”. One year later, the “STOPP RAMSTEIN Tour”, which was also advertised on national TV, continued the success of the tour. In the same year the album #LightningQuader appeared with a big promotion. It is still one of his most successful albums. In the meantime, he collaborated with various artists such as Paula P’Cay, Sintakk, Diehlenbrothals or the music project WAMP.

At the beginning of 2018 Simon came out as maby the first German Rapper that is pansexual and retired great to have time for himself.  Despite this, he appeared on the 4th Nationwide pece vigil in Berlin with 2017 chartbreaker Kilez More and other musicians. Also in Hambug a live album was recorded, which released at the end of the year.
In 2019 he returned with the album “Signal kommt”. Songs out of it appeared all across the US on radiostations and magazine stories followed.

For 2021 he announced a 10 Year anniversary tour trough Germany, Austria, The Netherlands and UK. Due to Covid-19 he had to cancel it. A ‘B Plan’ was made for that year: 12 Months – 12 Singles and a Best Of Album.