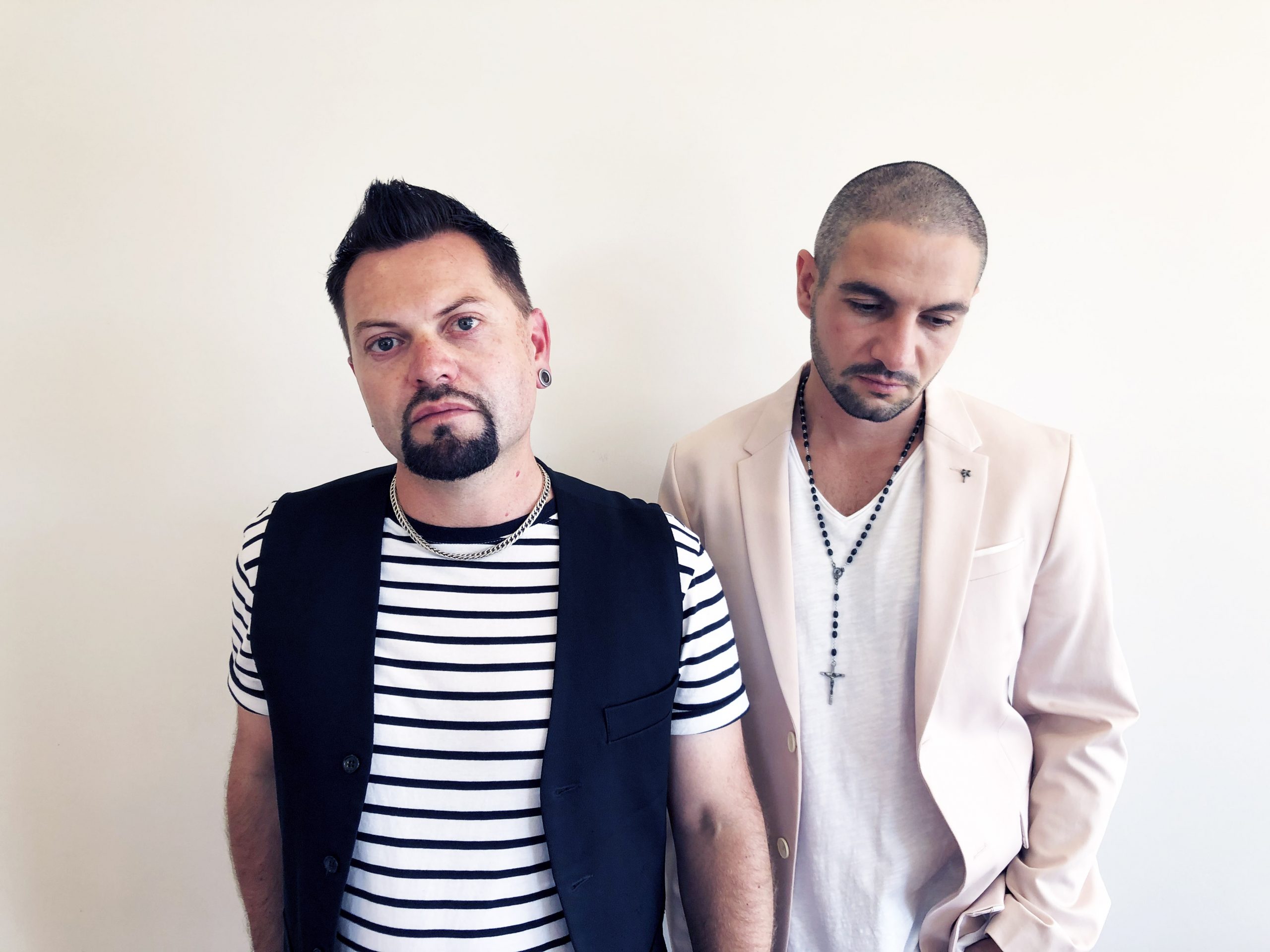 The Safety Word are an electronic duo from Melbourne Australia their works inspired by dream pop, chill wave and trip-hop sensibilities. The band consists of core song writing team John Rousvanis on (vocals/electric guitar) and Simon Quinn (laptop/keys) who either play as a compact duo unit or expand the band’s sound with an assortment of guest musicians for unique performances. Their sound can be described as down tempo electronica with a twist of trip-hop and future R & B. Thrown into the blender are soulful vocals, abstract guitar, deep bass and ambient synth soundscapes.

NEON PALMS by The Safety Word : Hazy analogue synthesizers, eerie nostalgia and moody lofi beats. The Safety Word drop instrumental album ‘Neon Palms’ on Friday 24th September This release came from a challenge that synth player/programmer Simon Quinn took on during May and June this year where he had to create 100 songs over 10 weeks. Each week he produced 10 songs and created an album which he posted as a private Soundcloud link to share with their fans. Simon stated that “This was a really beneficial challenge to undertake, it stretched my creative abilities as a producer and taught me a lot about the process of song writing and song production.

I feel like I took my creativity to the next level during the 10 week period.” These lofi albums were met with an overwhelming positive response from their fans. People kept messaging them and were asking when these tracks were going to get a proper release. The tracks from this album are a collection of some of the best songs from the one hundred tracks that were produced during this time. John the guitarist/singer of The Safety Word laid down some of his signature styled guitar work to four of the tracks which added a nice soulful organic texture to these creations. His guitar lines were all recorded during one session which happened on the eve of a lockdown so there wasn’t any room for retakes. When asked about the intention of these recordings John stated “We really want these songs to wrap the listener in a cocoon of sound and positively transform their emotions.” The songs are designed to help the listener relax and unwind and take their mind of the current state of the world.

Smooth triphop beats intersect with chillwave synth work to create these electronic dreamscapes. Whilst relaxing there is a sense of melancholy and darkness behind these songs with eerie field recordings interwoven throughout the album. Each track captures a distinct mood and whilst this is a chill album this is not your hippie aunt’s whale song music. Listening to the album brings to mind an instrumental Sigur Ros, Boards of Canada and the mellow sounds of Tycho, Fourtet and early Warp label recordings. This is modern edgy chilled lofi, it’s music that could be played whilst studying, walking the dog, entertaining friends or gazing out the window on a rainy day. These songs are very accessible with plenty of memorable melodies throughout whilst still keeping a foot firmly in the experimental camp. This is an exciting album full of sonic surprises for the listener to discover as they dive through the chill melodies and lofi beats. Neon Palms releases on all digital platforms on Friday 24th September – 12am New York time.