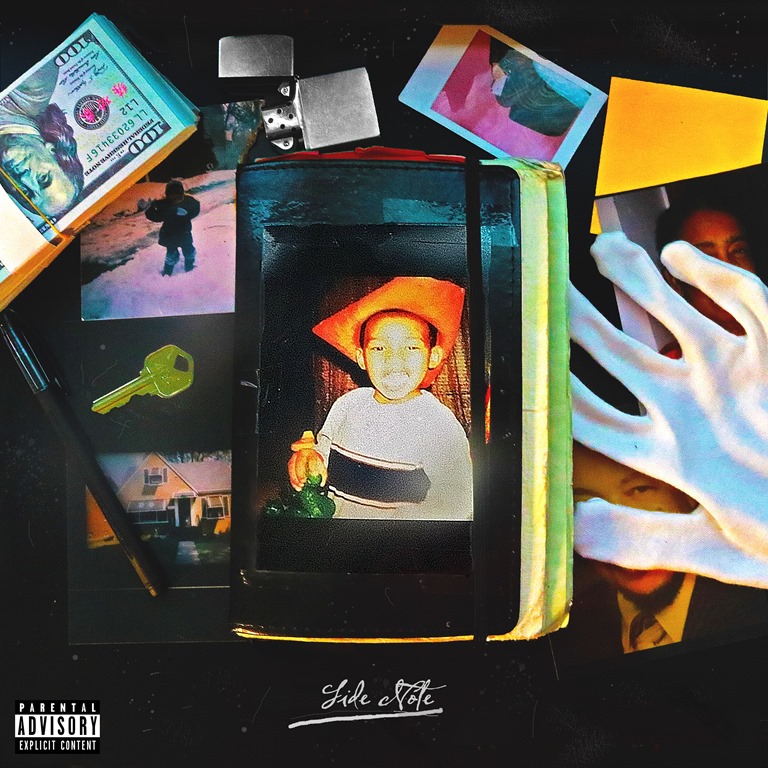 ‘NOM’ is a south side Chicago native born to be a product of his environment but self raised to be more.

‘NOM’ is the founder of VIVIDVISIONS and set on making a difference.

Describing how he got into music NOM Says “Hip hop has always been a major part in my life since I was little. I used to listen to Eminem almost every second of every day up until high school because I felt I could really relate with his background. I used to be bullied a lot and I was always a small really slim kid so seeing him talk the way he did and be so bold felt empowering. Once I entered high school my playlist completely changed once I got a taste of J Cole, Kendrick, Joey badass, Logic, and Bas. Music felt like a world where your life could become a weapon and I wanted to mold my own”.

When asked about his main influences and childhood ‘NOM’ shares all saying “J Cole is my main inspiration despite Eminem introducing me to Rap. J Cole and I have almost parallel lives based off of how he described his life in his early works. I grew up in a abusive home after my grandparents died. My mother couldn’t take the pain of loosing her parents and began living reckless trying to cope which led her to neglect me and my older sister. She eventually married a man that physically and mentally beat her and me constantly. Eventually she even started to hit me and my sister I guess to let out her frustrations with the whole situation. Cole has a similar past and to see him y’all about it and grow from it and be able to help someone years later who felt the same way he did is amazing to me. I want to do that for kids one day so I want my music to be able to surpass Coles. He’s my idol and main influence but I’m also extremely influenced by my peers and family. Smino, SABA, Noname, Joey purp and my cousin Ravyn all have made their marks and done something big for Chicago”.

The Side Note EP from ‘NOM’ was recorded and produced at Classick Studios. ‘NOM’ talks about the vision coming to life and experience saying “I want to have a big enough impact with my music where I can reach a platform to be able to change the world for the better. I recorded all of these songs at Classick Studios because I wanted the opportunity to be in the same place where these guys made their big break at. While in the studio I even ran into Smino. When making this project I pictured myself having a conversation with myself because that’s when I tend to be the realest.

Revealing the motivation and concept behind his latest hit ‘Side Note E.P, ‘NOM’ recently said “Every song can be perceived as a message to the listener, my family, or myself. My favourite track on the project is Love because I added a lot of my loved ones on that song”.

“ ima be the greatest this my greatest year “ stated ‘NOM’ recently as he gears up to appear live.

Make sure to check out ‘Nom’ in Chicago on January 27th at 2051 w division for the How to sell dope event held by Beat box entertainment producer ‘Matt Dope’ from at Classick Studios.