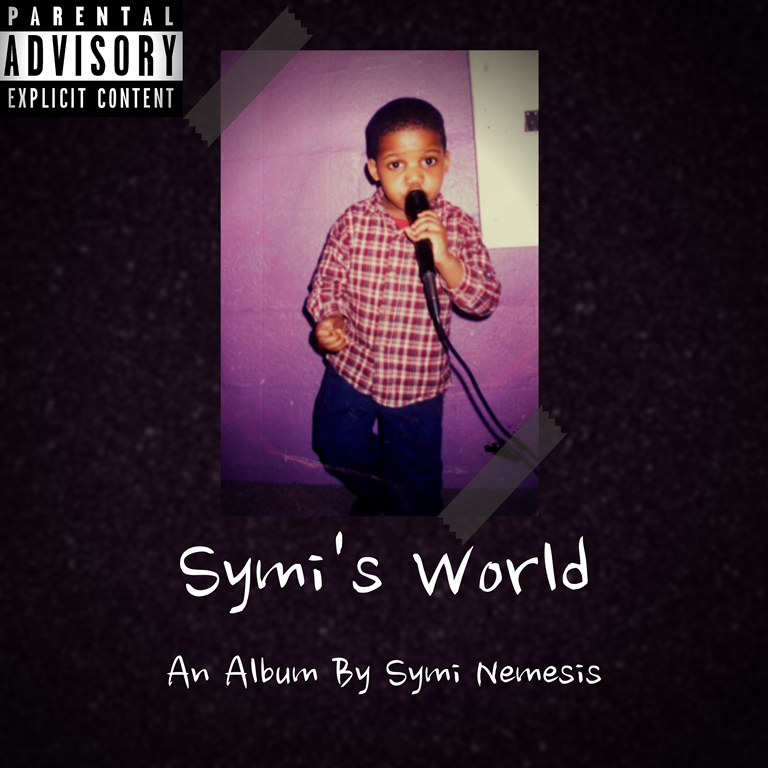 17-year-old rapper causes a storm with his new album.

Darkness. Anger. Sadness. Love. Symi’s World is an album in which the rapper shares his reality of life. From the thundering bass on “Who’s On Who? “ to the mellow guitars on “Just Me and My N*ggas”, the emotion shared on this project is immense. It starts with a skit welcoming you to Symi’s World which is a conversation between Symi and his therapist.

Each song is a story. A conversation between him and his therapist as he tells her the reality of Symi’s World. He talks about the violence that he’s seen around him in That’s Calm, Whos on who? And Jojo, a track inspired by one of his favourite Animes.

Symi was diagnosed with depression earlier this year and he raps about his mental health issues on Just me and my N*ggas, Anxiety, Anyone can go and Antisocial.

Symi continues down the storytelling path and shares his Love life on Loves Dead 2.0 and Slow down. The album art is a picture of Symi as a three-year-old, holding a microphone and nobody knew what this picture would lead to.

Symi Nemesis A.K.A King Symi is a 17-Year-old Scottish rapper who is determined to bring something different in the UK music scene. Symi started making music at the young age of 12 when he was going through some mental health issues and he wanted a way to express how he was feeling. He would make beats on his IPad and record vocals over them, nowadays, he makes industry-standard instrumentals and often has clients which buy beats, and also record, thier music in his studio.

Symi loves to hop on drill and trap beats which are all made by him and is reluctant to make a song which is not produced by himself. Symi takes pride in his music and especially his work rate as he has released over 40 songs over the course of 2019.

Symi covers his face in media as he wants people to judge his music and not his appearance.

Symi has two albums out called “Natural Selection” and “Certified” which both have obtained over 6000 streams on Spotify alone And his record label, Kxng Symi Entertainment has 6 artists and two producers showing his determination to succeed.