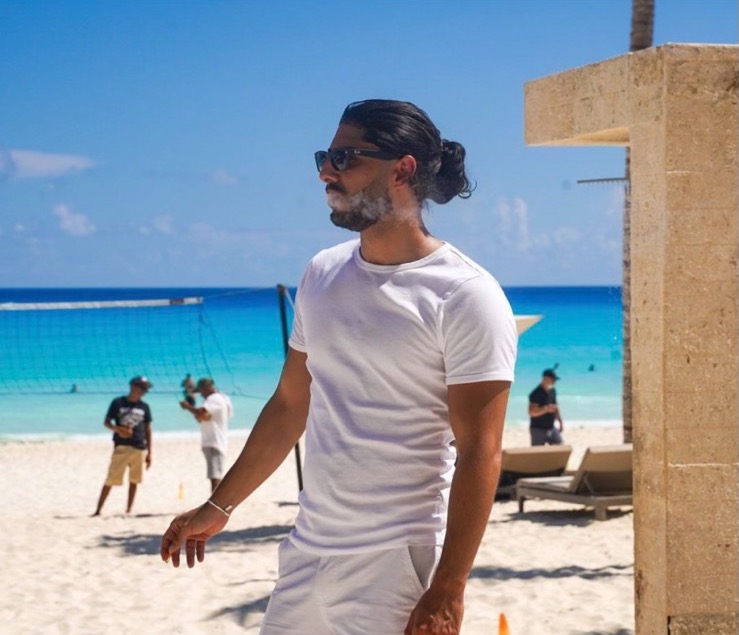 Becoming a local household name is not an easy feat in the music industry but DJ Mian from Beat of The North has beaten the odds to make a name for himself in the highly competitive DJing scene. In an industry filled with talent, it takes an exceptional person to make a name for themselves. It requires grit, passion, and consistency, all of which DJ Mian had to apply to become one of the most popular DJs within the South Asian and Middle Eastern communities.

DJ Mian is half Afghan and half Pakistani. As the son of immigrants living in poverty, life was not easy for DJ Mian. But, his childhood shaped his love for music, making him the DJ he is now. “I was born and raised in Scarborough, “ he says. “ Growing up in the diverse community in Scarborough, I became accustomed to multiple genres of music, from hip hop to dancehall, Latin, EDM, Afghan, Punjabi, and Arab music.”

DJ Mian later went to the University of Ottawa to pursue his studies as a registered nurse. But, his love for music remained, so when he saw a landlord selling a full set of DJ gear he had gotten from an evicted tenant at $100, DJ Mian jumped at the opportunity. “It was the best $100 I’ve ever invested in my life, “ DJ Mian says, “ and when I look back, I was broke as a joke.” “That is when DJ Mian was born.”

The Making of A DJ

After taking up his stage name, DJ Mian started Beat of The North, a recording label and movement of fellow DJs, music producers, and people working in the music and events industries. DJ Mian began to perfect his craft, DJing in parties, bar gigs, and university events. Eventually, his reputation grew, and today, DJ Mian not only DJs for local gigs but often gets booked for destination weddings and events in  Mexico and the Dominican Republic.

Being a DJ Is Not Always Fun and Games

The journey to becoming a DJ was not easy for DJ Mian. While he was still in university and working on his DJing career, his father was diagnosed with ALS. Still, DJ Mian pushed forward with his dream while working to make ends meet. Despite the challenge of juggling his studies and career, DJ Mian remained consistent in learning music, taking drumming classes, and learning as much as he could from YouTube.

We asked DJ Mian what people could learn from him, and this is what he had to say, “ Never give up, stop making excuses, and use every stone thrown at you to build something better. Keep moving when life knocks you down, and always believe in yourself.”

What’s Next For DJ Mian?

As his popularity rises, DJ Mian continues to strive for more. The rising star has made his debut in music production and is already working with some known artists in the music industry. He hopes to grow his brand globally and make sure his mother is set for life. Follow DJ Mian’s journey to stardom on his Instagram, and see what projects he is involved in at Beat of The North.