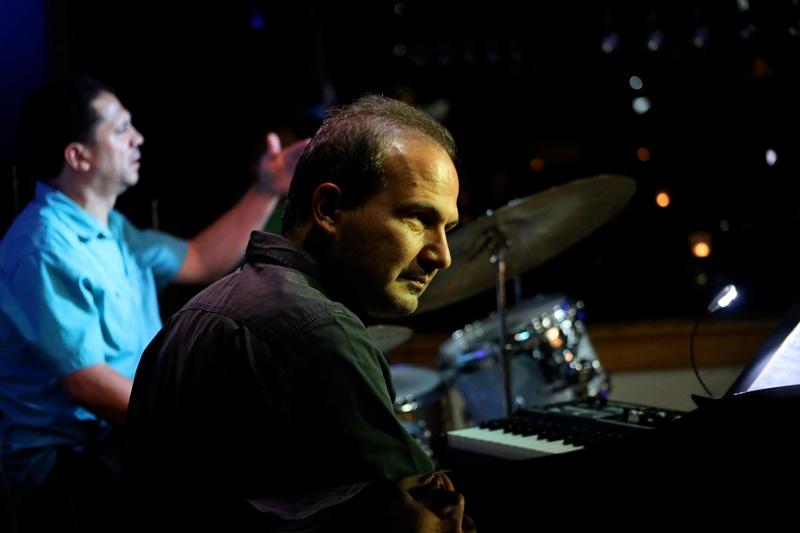 Mike Di Lorenzo who has performed with Rock and Roll Hall of Famers from Bo Diddley to Whitney Houston to recording with multi-Grammy Award winning artists such as Joel Kibble of the vocal group Take 6 who you can hear in this current recording singing a stellar rendition of the timeless classic “Time After Time” slips into the producer’s seat with his new album release “What We Need”.

“What We Need”, the title track as well as 3 additional original tracks were co-written with contemporary R&B artist Anna Moore whose sultry vocal styling can also be heard on the standard “Speak Low”. Other highlights include stand-out selections with world-class pop singer and media sensation Sonna Rele (credits range from singing the Soundtrack Theme Song for the Disney Movie Cinderella to recording with Ne-Yo).

Keyboardist Mike Di Lorenzo has explored everything from R&B and Jazz to Latin and Gospel and everything in between, backing up and recording with a wide range of artists in the New York area. In addition to his love for jazz, Mike has performed with a wide range of artists including Whitney Houston, Cissy Houston and the grammy-award winning NJ Mass Choir, Gerald Alston, Regina Belle to Bo Diddley and Chuck Berry, to name a few.

He has performed with both the North Carolina and Delaware Symphonies and has appeared at NYC legendary landmarks including Carnegie Hall, Radio City Music Hall, Madison Square Garden, the Blue Note and the Apollo Theater. Mike’s fist cd “Urbanized” debuted in 2006 was very well received in the smooth jazz market and featured on CD101.9 NY and later on syndication across the country. Many selections were  heard on the 2-time Emmy Awarded Daytime Reality Show “Starting Over”.  2011 featured Mike’s 2nd cd “Bring It Back” which aired internationally and climbed up JazzWeek’s Smooth Album Chart at #12 and Smooth Singles Chart at #9 with his version of “Can’t Hide Love”.​