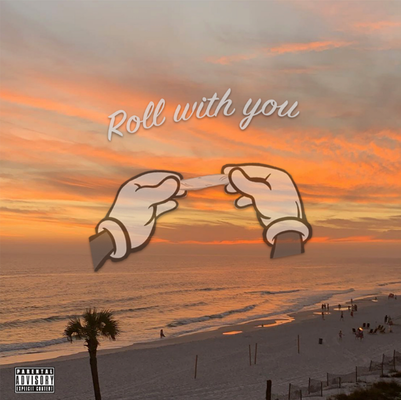 American singer-songwriter Roger Karr  has expanded his catalogue once again, much to the delight of his listeners.

His latest output is a multi-genre summer jam titled “Roll With You”. Featuring rap filled verses and an ambient chorus, this single positions itself to be loved by both pop music enthusiasts and indie fans alike.
The song hooks its listener right at the start, with a catchy intro encompassing a beautiful guitar lead and immediately takes you on a lyrical journey.

The artists tell a beautiful story through the song, something that the music industry has been deprived of over recent times. A short but instantly addictive hook follows the verse.

Roll With You has all the ingredients for a break out hit, with Karr delivering musical genius as he has done over his last few records.

The Indiana based artist’s work is best put as he would say it – “I have a lot to say, just need people to listen to it.”

So if you’re looking for a laidback tune that’ll take you on a scintillating trip, stream Roll With You right now.

You were given life because you were strong enough to live it; these words pop up at his social media profile when you are going around new voices of American music. Indiana based singer and song writer Roger Karr is novel voice of American music industry. Like other young vocalists he has also suffered the shock of heart breaks, which has casted its effect on his musical works too. His main theme of rap and music mostly runs around the melodies of love, relationships and come backs.

Roll it up with ‘Roger Karr’ and his dreamy, jazzy, trippy new beach vibed single ‘Roll With You’  – Mixtaped

His new fascinating work “Roll With You” has just touched the market which is bit off the ways from his past works. His preceding tracks “Ride With Me” “I am a Star” “Truth” “Lost You” and many others are little variated from the “Roll With You”. His excellence of taking tracks to diverse tunes make him mesmeric and worth listening. The music industry as we all know is already teeming with fresh talents. However Roger Karr is the one who is making his entrance into the industry with his appearances and vocals together.

The work of Roger Karr is step by step transformation from heart breaks to heart backs. His recent works “Remedy” and “Remember Me” focused on coming back rather than living with it. His freestyle sort of work has given him new confidence which will eventually give him the inspiration he needs for future hits.

Imaginably he is one of uncommon young souls who has given us come back music very captivating justly pointed out in his profile that “you are strong enough to live it”.