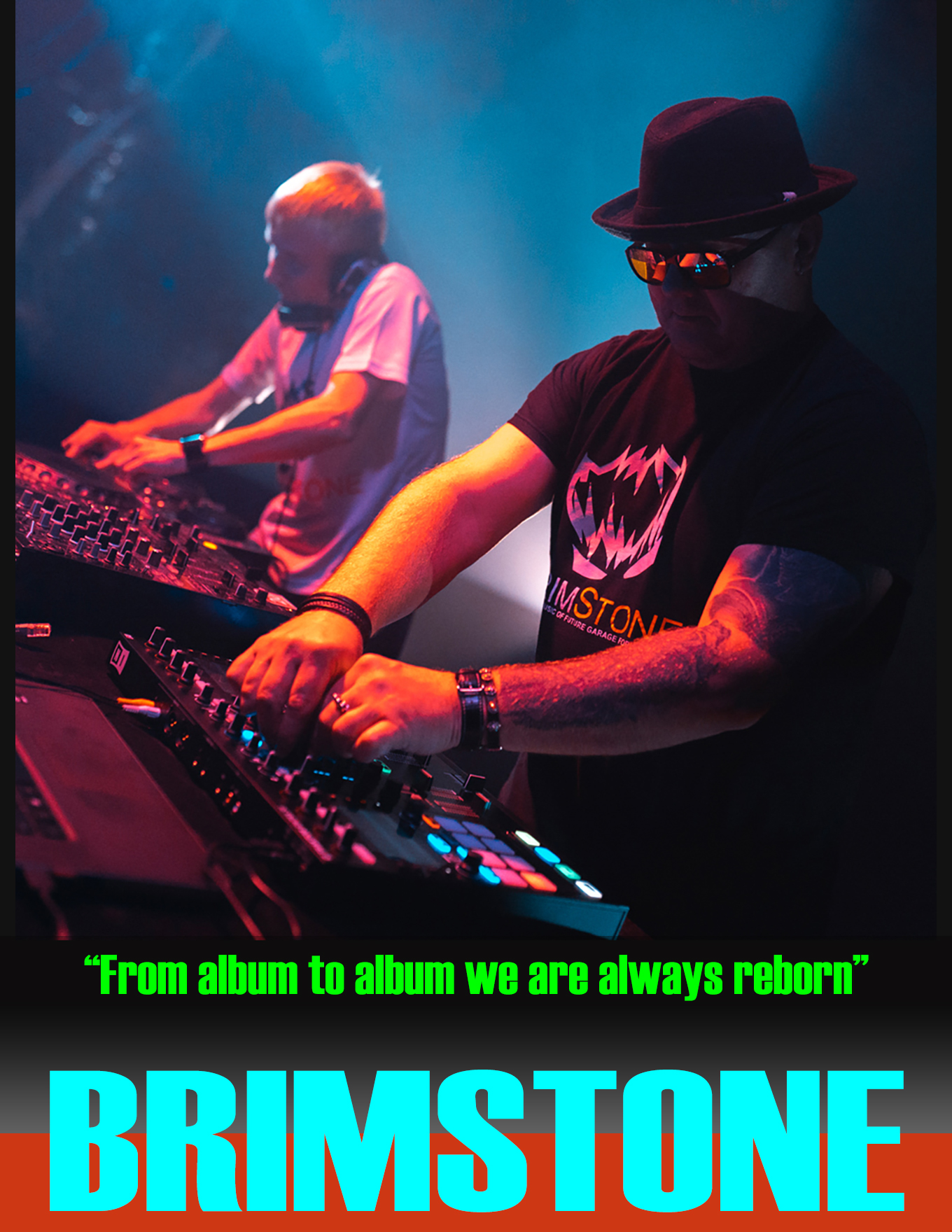 Brimstone is a duo and music producer with a focus on channeling a truly broad range of creative influences into its music. Hailing from Latvia, the project features Alvis Andrutsis (also known as McAlvis) and ATM Infected, AKA the Russian musician Alexander Eret. The two managed to achieve good chemistry from the very start, and their collaboration embraces a cool Future Garage vibe, which makes their sound quite special. The tandem managed to release their well-received debut album, “Trapezium,” back in 2017. The project gained widespread attention, and it helped the pair find a broader audience!

These talented producers are back on the scene with a brand new album release, Brimstone Vein. This particular project is quite ambitious, and it has a very broad scope. Not only is this music available digitally but also on a beautiful double vinyl release! The album features 19 songs over four sides. This is particularly amazing especially considering that in this day and age, the music industry is sort of pushing artists to release singles, as opposed to putting out full-length records such as this one. In such a fast-paced music world, most artists feel the pressure to constantly move and keep releasing single after single. However, Brimstone decided to bring some true value to a full-length listening experience, offering a more immersive set of soundscapes to its audience. In addition to that, it is impossible not to mention the thrill of a physical product, such as a beautiful deluxe vinyl with not one but two records in it, making for four sides of excellent music.

Going back to the music, Brimstone Vein is a remarkably diverse studio album, revealing the incredibly wide spectrum that these two producers can so seamlessly achieve. One of the most notable songs on the album, “Sin Time,” stands out as a really good example how just how kaleidoscopic things can get on this album. Brimstone managed to create a dynamic piece of music within the span of one single song, which features some cutting breakbeat-type drums, alternating with some dense musical drones that add so much texture and depth to the mix. Then again, things get even wilder on songs such as the aptly titled “Flurry.” This song opens with a mesmerizing synth arpeggio, which gives the sound a bit of a retro edge while still retaining this amazing production’s crisp, modern factor. The song later delves into a very hypnotic beat, which feels atmospheric and lush. The vocal parts in the background add more to the organic flow of the mix, and the track has a nice evolution. There is room for so many different vibes on these two vinyl records: four sides give artists a lot of room to try out new things and push the boundaries of the music to a different place. Another of the most notable songs on the album has to be “Roller Coaster.” It’s amazing how this track begins with a sparse ambient introduction, with a sound that makes me feel like being stuck in the rain, alone, driving at night in the dim city lights. The track opens up soon after, leading to a fast-paced, energizing beat that merges well with some waves of fuzzy bass tones that pave the way to a deeper, bigger mix overall.

In conclusion, the sound of this monumental discographic achievement is balanced and very detail-oriented, making for a lively, edgy, and stark sonic approach. In other words, there are many subtle nuances in these songs, which add to the richness of the album when summed up together. The frequency spectrum of the mix is also very balanced, with a tight yet deep low end working wonders along with a smooth top end, which adds a sense of clarity to the music.

Find out more about Brimstone, and do not miss out on Brimstone Vein. While you’re at it, check out some of the pair’s exciting back catalog and dive deeper into their soundscapes!