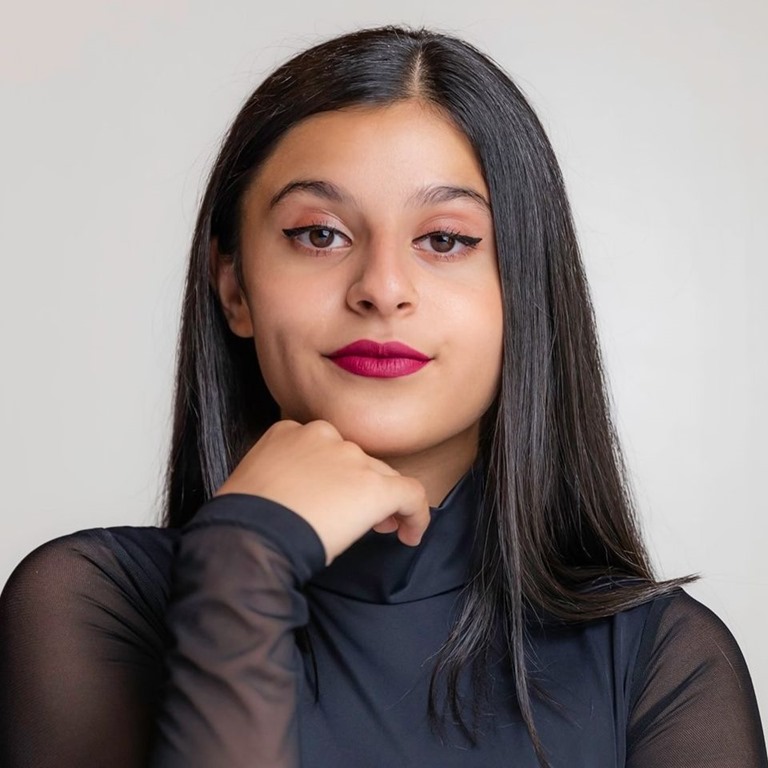 Artist Zara Desai first captured the public’s attention last year when a bunch of her YouTube videos went viral. Having trained as a dancer since she was only three years old, Zara began uploading recordings of herself putting on the moves as early as 2018, when the artist was only 11 years old.

Now, at thirteen and with millions of views under her belt, Zara has turned her attention from dancing to her other main passion, which is making music. The daughter of a reputed music producer dad, Kenz Desai, Zara grew up around artists and had an early knowledge that this was the path she wanted to pursue in her life. This is obvious from the fact that her two main passions, dancing and singing, are linked by rhythm.

Zara began by publishing a video of herself covering Billie Eilish’s song “Lovely”, which rapidly garnered thousands of views and worldwide appreciation. The cover really showed Desai’s versatility and complexity as an artist, as she touched upon the more sober, deeper voice that Eilish is known for.

However, Zara quickly saw that covering other artists music would only get her so far, and earlier this year, she released her very own debut album “On Point”.

“On Point” is an exercise in the “short and sweet” category, consisting of only two songs, “Deep South” and “Planetary Wonder”. Now, what I find exciting about the album is that it shows a very different Desai. She is no longer the young girl following in the footsteps of an already famous artist. Here, we see Desai truly coming into her own and crafting her own unique sound. And that’s infinitely more impressive, I feel.

With “Deep South”, we get a sense of the hard work and the hours of effort involved in achieving even a semblance of artistic success. This is particularly interesting to Desai’s pre-existing followers who would normally focus on the sweet young girl dancing and singing – this allows them to see how much ambition that girl has and how much work she puts into being who she is. A delectable piece, one that I feel anyone can relate to, regardless of occupation.

On the other hand, “Planetary Wonder” is a lighter tune that encourages you to dance. It’s interesting because it touches upon Desai’s extensive dancing background. Hours upon hours of dancing have really given the artist a great appreciation of rhythm and of what makes a truly good dance tune. That’s what we see with “Planetary Wonder”.

Many people seem to turn to Desai in awe of her young age (again, only 13!), but honestly, I think that even if you come to her to marvel at that, you end up staying for the truly impressive artistic output. What can I say other than enjoy?