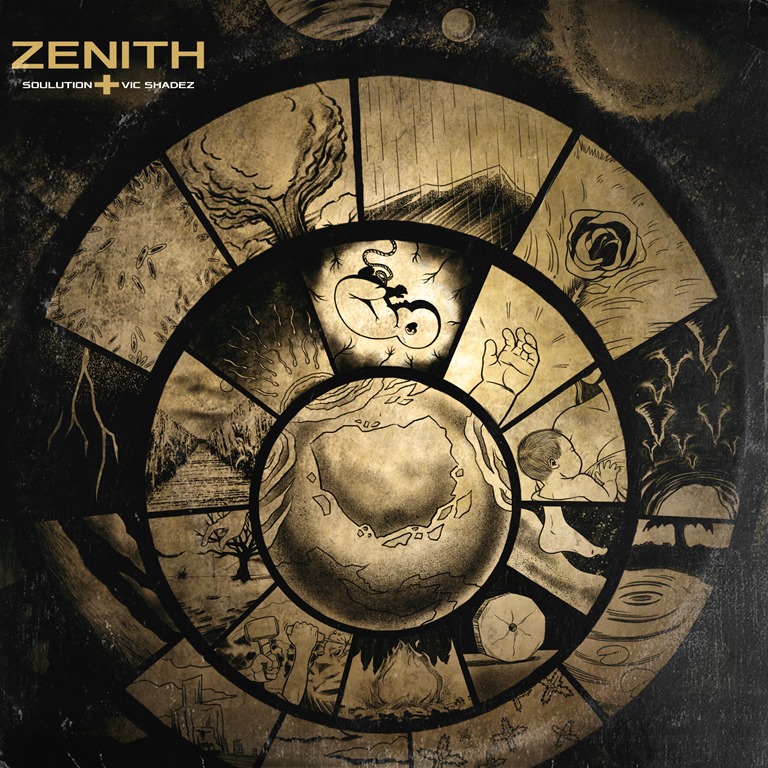 What’s your artist name or group name or artist in the group name?

What’s another genre do you guys fit into?

What’s another quality of your music that could also be used to describe your guys as group?

Thanks to artists such as VIC SHADEZ and SOULUTION, who along with GO-ILLA are the life blood of this thing we call hip hop.

The under current, the subconscious energy that is the driving force.

‘Zenith’ is not just an album, but an epic and cinematic journey into sound, experimentation and hip-hop roots.

The production is mammoth and dreamy and meanders and changes under an efficient and direct rap and spit.

Is this Cinematic Trap ? The Pink Floyd of Hip-Hop ? It’s the blockbuster sound of the real 2020 Hip-Hop scene.

Running parallel behind the consciousness of the everyday mainstream assembly line of today’s music.

SHADEZ and SOULUTION creep from the shadows to bring you the mammoth album entitled ‘ZENITH’.

It’s a revolutionary sound, that’s sure to shake the foundation  of the boombap construct … buckle up!!