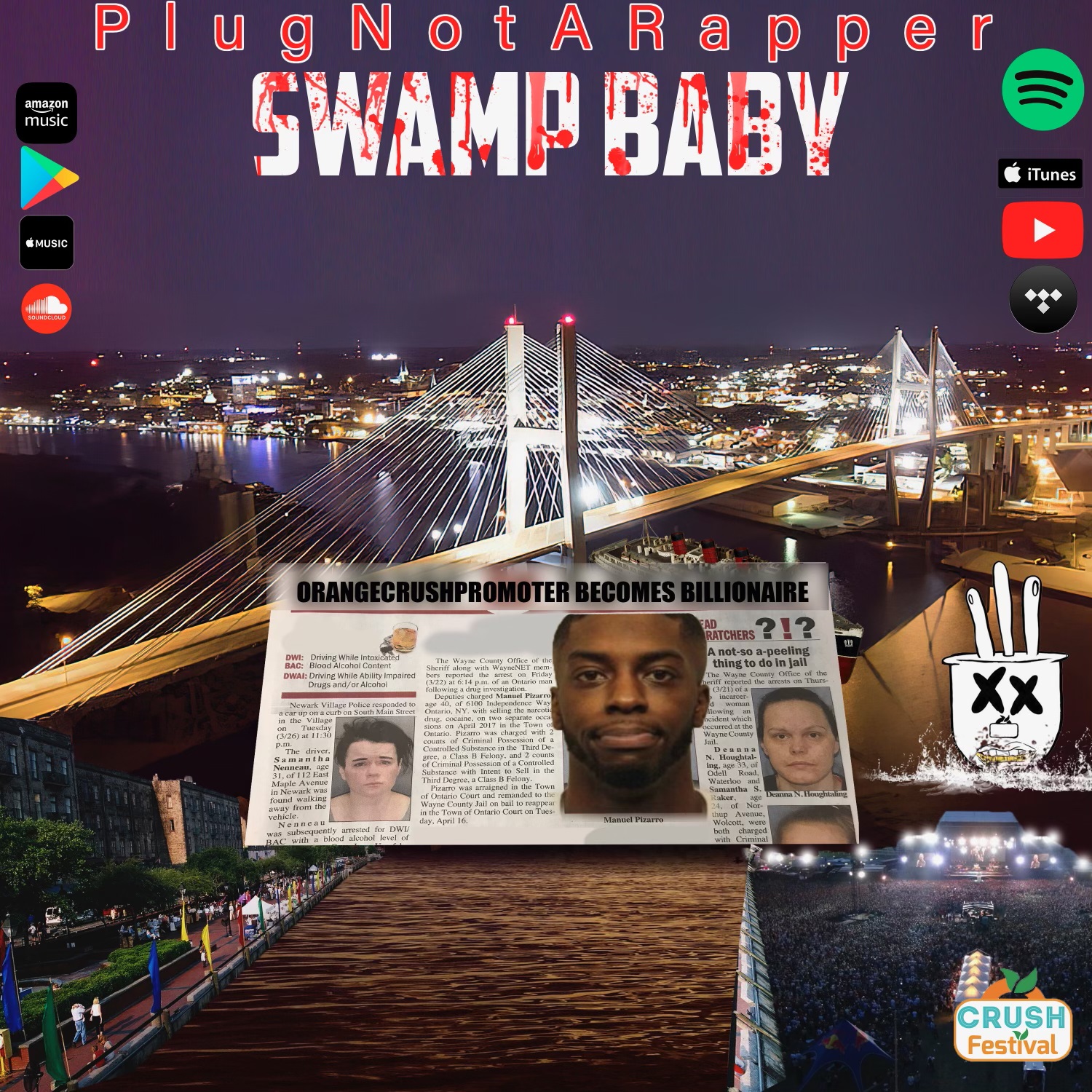 Swamp Baby is George Ransom Turner III, Plug Not A Rapper, Party Plug Mikey’s first ever project as an artist. Born and raised in Savannah GA and made a name as a beach festival, mansion party and concert promoter and business man throughout the coast of Georgia Florida & South Carolina, Plug Not A Rapper gives his fans a view of his humble beginnings and rose to success in debut album Swamp Baby.

George Ransom Turner III goes by many names and occupations but is known internationally for being the owner & Founder of Orange Crush Festival & Crush Magazine LLC. He was born in Savannah GA on August 10, 1992. He launched Orange Crush Live in 2007 as an events festival in Savannah GA & Neighboring Hardeeville SC. He is an Entrepreneur, Artist, Songwriter, Actor, War Veteran & Philanthropist. After years of being the Self Proclaimed King of Mansion Parties & Beach Bash Events in the South Eastern United States ranging from Miami to Atlanta he grew his brand into a Magazine and Record Label. In 2016 He Launched Crush Magazine and Crush Magazine the Label. He hit the scene as an artist in June of 2021 with singles “Turn Up Da Strip,” “Swamp Baby” & “50 rackz” all of which were featured on his debut album “Swamp Baby”