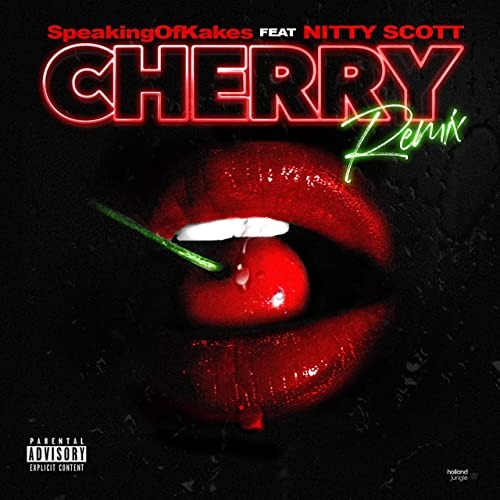 We often wonder what makes a truly great tune – why do so many people love it? And what does an artist need in order to truly “make it big” out there? So today, we thought we’d do something a little bit different and examine one song that frankly, has been on repeat in our ears for a few days now.

“Cherry” is the exciting and imaginative single put out by Californian artist Speaking of Kakes late last year. Now, we’ll focus a little on the original before moving on to the hot remix that just dropped.

So what have we got in “Cherry”? First of all, we’ve got a strong female voice, and there really aren’t enough of those. Speaking of Kakes, also more commonly known as Kakes, is a  young artist who’s simply on fire these past few years. She’s got a voice that will wake the dead, as they say, meaning it’s strong and fierce, but also capable of carrying great emotion.

It’s a versatile and highly entertaining voice from an interesting artist. Because Kakes isn’t simply a good voice, but also a skilled songwriter and emcee, which sets Kakes apart, more in the realm of “musical prodigy”, rather than mere singer, you know?

Another thing that’s exciting about “Cherry” is that it’s all done free style. And you feel it. None of it feels choreographed or stilted. What it does feel like is a great big burst of infectious energy, carried through the sound waves from the artist, straight to your ears. And this energy goes on to inspire and motivate the listener also.

And lastly, we’ve got the lyrics, which are sexy and yet strong at the same time. They’re full of just the right kind of attitude and confidence that we expect in only the brightest of our musical beacons.

But wait, it gets better. Take all of the above, and mix in famed Brooklyn emcee Nitty Scott, whose presence on the brand new remix of “Cherry” really takes the listener into another dimension.

The presence of these two strong and highly independent female artists makes for one killer combo that makes the “Cherry” remix one of the most steamy and exciting releases of this year.